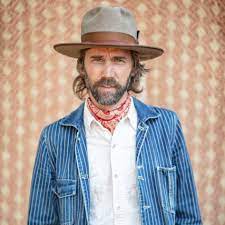 Jackson Cavalier is based out of Rochester, NY, and has been involved with the Americana and Roots music scene of Upstate New York (and beyond) since the year 2013. Playing as a one-man band (sometimes with backing band included), Jackson cultivated a following as a busker with his reimagined covers, and poignant original compositions. He has gigged all across the state from Buffalo to NYC, as well as having busked as far North as Canada and as far south as Nashville, TN.

He released his first album in 2013 at the age of 19. The album, titled “Barefooted & Still Breathing”, was a collection of playful ballads and folk-grass romps. In 2018 he released his next full-length album entitled “Half Moon”, an intimate and sometimes raucous collection of indie-folk and country-western songs. This was quickly followed by his third full length (released in the same year) entitled “Spellbound”, which was heavily inspired by the music of Townes Van Zandt, Conor Oberst and the Mystic Valley Band, and Bob Dylan.

Notably, Jackson has opened for bands such as Blackberry Smoke, Eilen Jewell, and Jack White collaborators Holly Golightly & The Brokeoffs. He has also been named his city’s best busker three times since 2015, in multiple competitions that had a field of over 40 competitors.