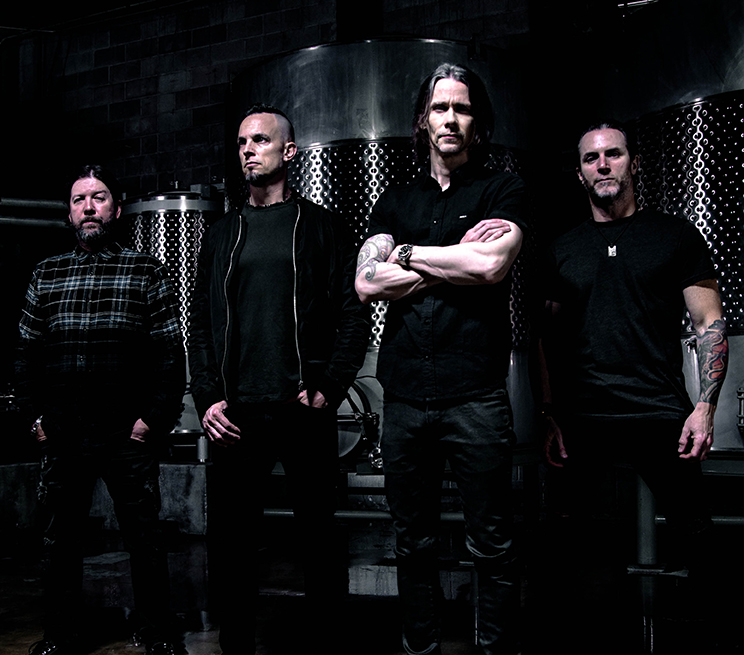 Alter Bridge has steadily climbed to the forefront of hard rock worldwide. They’ve exceeded all expectations and benchmarks with over a billion streams, millions of units sold, glowing critical acclaim, real estate on the covers of Classic Rock Magazine and Guitar World, and storied sets at Royal Albert Hall, the O2 Arena and Download Festival. On this journey, 2004’s debut LP One Day Remains bowed in the Top 5 of the Billboard Top 200 and went gold. In 2007, Blackbird’s title track took flight on the wings of the “Greatest Guitar Solo of All Time,” as voted in Guitarist Magazine, while countless fans etched its lyrics and logo onto their bodies. That album also recently went gold in the United Kingdom. Critical plaudits surrounded the 2013 opus Fortress with “5-out-of-5 stars” from KERRANG! and Total Guitar, as well as Eddie Trunk’s declaration of, “A Top 10 album of the last 10 years.” 2016’s The Last Hero saw them return to the Top 10 on the Top 200. Maintaining this momentum, Walk The Sky made impressions around the globe when it reached #1 on the US Billboard Top Albums, Top 200 Alternative Albums, Top 200 Hard Rock Albums and Top 200 Rock Albums charts, as well as #1 on Canada’s Top Hard Music Albums chart. The album also hit #1 on the Swiss Album charts, landed in the Top 5 on the Canada, UK, Germany, Austria, Scotland and Switzerland charts and closed out the year on Loudwire’s “The 50 Best Rock Albums of 2019.”