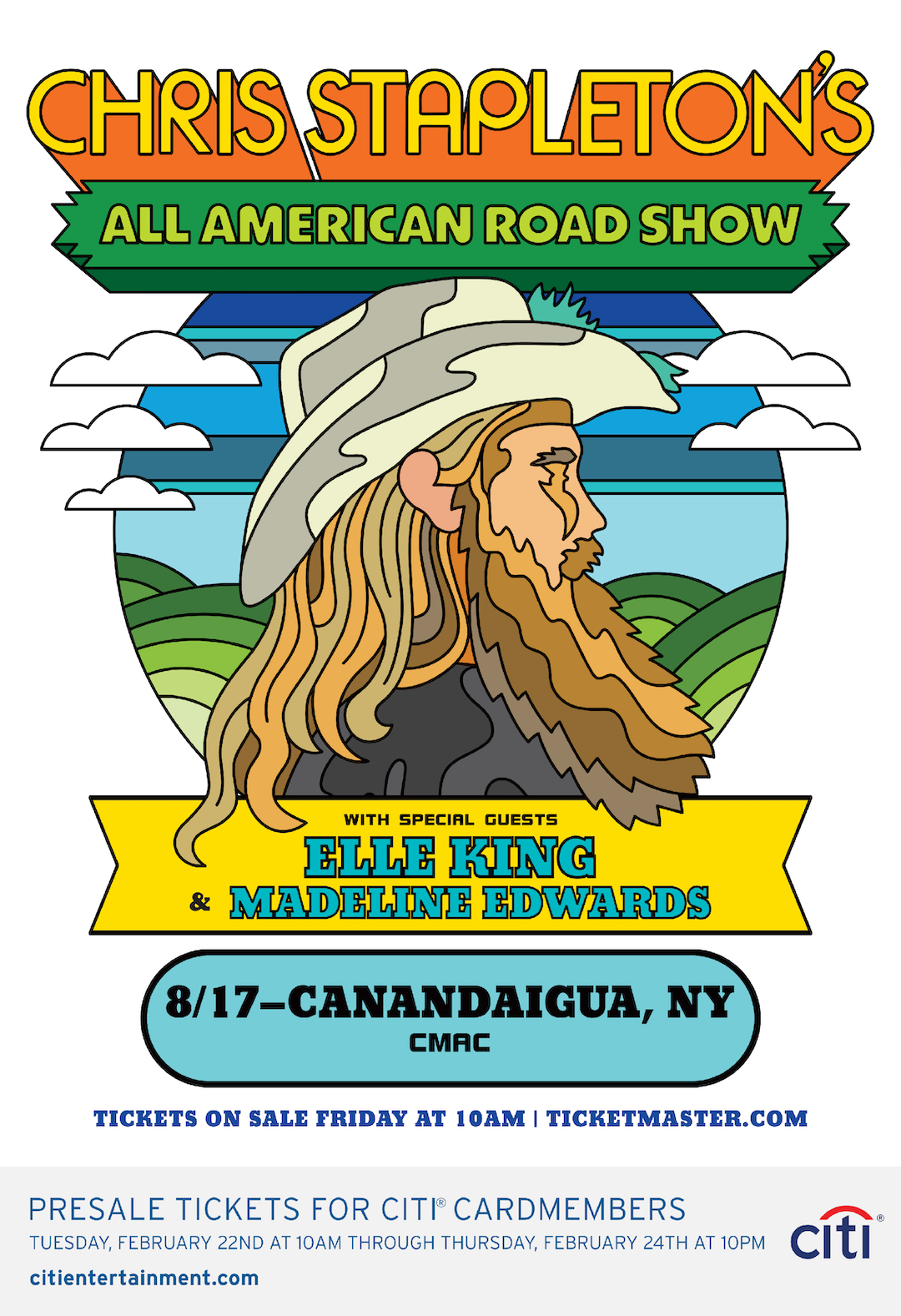 Chris Stapleton’s “All-American Road Show” will continue throughout 2022 with newly added stops, including Canandaigua, NY at CMAC on August 17th.

The new performances add to yet another monumental year for the 5x GRAMMY Award-winning singer, songwriter and musician, who is nominated for three more awards at the 64th Annual GRAMMY Awards—Best Country Album (Starting Over), Best Country Song (“Cold”) and Best Country Solo Performance (“You Should Probably Leave”)—as well as five awards at this year’s 57th ACM Awards: Entertainer of the Year, Male Artist of the Year, Single of the Year (“You Should Probably Leave,” as artist and producer) and Video of the Year (Taylor Swift’s “I Bet You Think About Me (Taylor’s Version)).”

Kentucky-born Stapleton is a 5x Grammy, 14x CMA and 9x ACM Award-winner and one of the country’s most respected and beloved musicians.