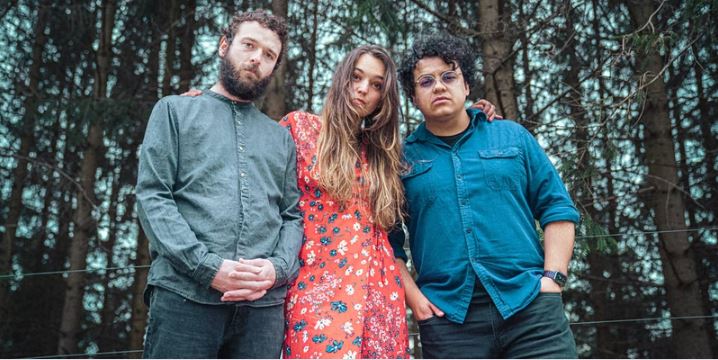 Coral Moons brings their signature blend of retro-rock and surf-pop to the indie stage, drawing influences from Maggie Rogers, Lake Street Dive, and the Eagles.

In August of 2021 the band released their highly anticipated debut album Fieldcrest: a full-length LP produced by Sam Kassirer of Great North Sound Society (ME), best known for his work with Lake Street Dive and Josh Ritter. The release led them to stages around New England and beyond, playing Levitate Music Festival, Boston Calling and opening for numerous nationally touring acts including Ripe, David Shaw (Revivalists), AHI, and Motel Radio.

Fieldcrest is a departure from the band’s early work but maintains the identity that makes them unique. Coral Moons’ debut record was born in the studio which allowed them to explore the depths of their sonic palette through dense synth pads, exploratory drums tones, and nostalgic songwriting. Fieldcrest is an album that focuses on the human experience while exploring many familiar topics such as childhood memories and daydreaming.

Tory Silver is a rock musician with a home base in Boston, Massachusetts and Pittsburgh, Pennsylvania. Inspired largely by The Beatles, Nirvana and Feist – Tory uses these influences to create a fresh sound with a distinct punch. Notably known for her intricate chord progressions and warm voice, Silver has a way of intimately drawing in a listener and letting them in on a secret. Nina DeSilva of Boston Hassle commented, “Silver balances enough of her apparent handle on the formalities of music theory with a unique reverb to hook her listener in for the next track, and the next.”

Silver also boasts a heavy list of bands she has opened for, including: Summer Salt, Meg Mac, The Seratones, and Sammy Ray and The Friends to name a few.