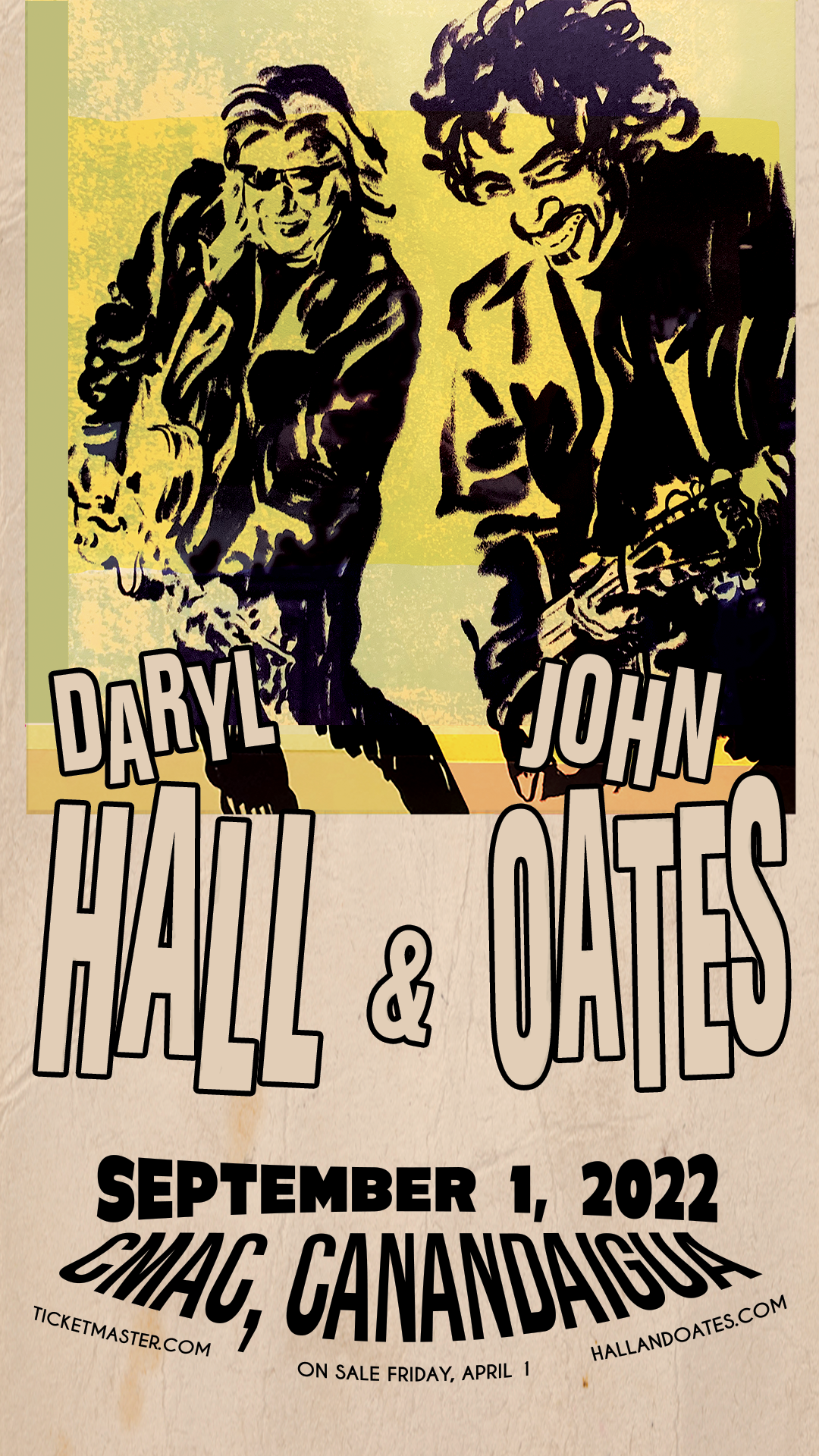 Daryl Hall and John Oates are the NUMBER-ONE SELLING DUO in music history!

Starting out as two devoted disciples of earlier soul greats, Daryl Hall & John Oates are soul survivors in their own right. They have become such musical influences on some of today’s popular artists that the September 2006 cover of Spin Magazine’s headline read: “Why Hall and Oates are the New Velvet Underground.” Their artistic fan base includes Rob Thomas, John Mayer, Brandon Flowers of the Killers, Ben Gibbard of Death Cab For Cutie and MTV’s newest hipsters Gym Class Heroes who dubbed their tour “Daryl Hall for President Tour 2007.” One of the most sampled artists today, their impact can be heard everywhere from boy band harmonies, to neo-soul to rap-rock fusion.

Signed to Atlantic by Ahmet Ertegun in the 1970’s, Daryl Hall & John Oates have sold more albums than any other duo in music history. Their 1973 debut album, Abandoned Luncheonette, produced by Arif Mardin, yielded the Top 10 single, “She’s Gone,” which also went to #1 on the R&B charts when it was covered by Taveras. The duo recorded one more album with Atlantic, War Babies, (produced by Todd Rundgren) before they left and promptly signed to RCA. Their tenure at RCA would catapult the duo to international superstardom.

In 1985, Daryl and John, participated in the historic “We Are the World” session as well as closing the Live Aid show in Philadelphia.

By 1987, the R.I.A.A. recognized Daryl Hall and John Oates as the NUMBER-ONE SELLING DUO in music history, a record they still hold today.

In 2014, Daryl Hall and John Oates were inducted into the Rock and Roll Hall of Fame.