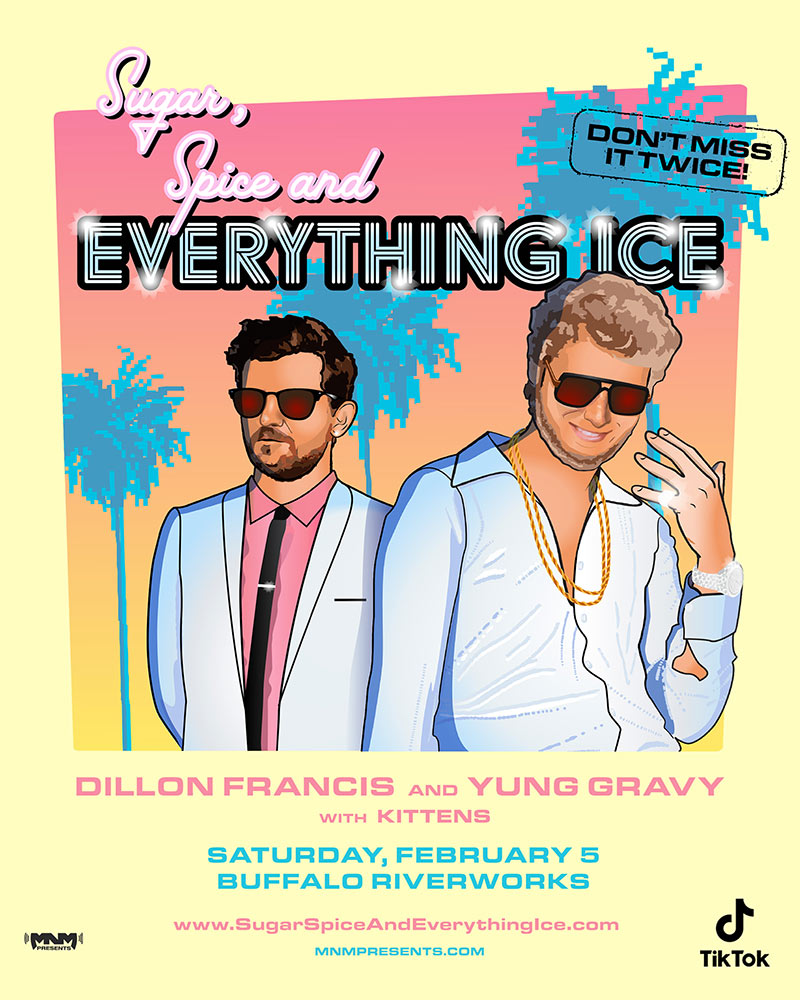 For the last decade, Dillon Francis has barely stopped moving. Since he first broke out with a series of vivid, vibrant dance tracks, he’s maintained a whirlwind tour schedule, playing festivals and shows across the world. In between making hilarious music videos, designing his own clothing line, and writing a surreal animated TV show, he has, of course, issued a nearly countless number of electrifying cuts. His restlessness has made for otherworldly, overwhelming music and compelling art no matter what medium he’s working in. There are always new worlds to explore.

Since rising to prominence as a standout in the colorful moombahton scene of the early 2010s, Francis has made a lot of music, both in collaboration and on his own. He’s made head-spinning dance music, brash rap tracks, and breezy reggaeton, though all his best moments blur together all these worlds and more. Part of the fun of listening to Francis’ music has become that you never know exactly what you’re going to get.

The diversity of his catalog has always been a strength — his genre bending hit “Get Low” with DJ Snake was RIAA-certified platinum, “Coming Over” with Kygo [feat. James Hersey] was RIAA-certified gold plus topped the Billboard Dance Club Songs chart, “Sexo” with Residente was RIAA-certified Latin gold, and “Anywhere” [feat. Will Heard] went to #1 on Dance Radio Airplay. His production work for other artists has been stunning too. Panic at the Disco’s “Hey Look Ma I Made It” — for which Francis helped craft the lush, colorful instrumental — was certified 2x Platinum and spent 65 straight weeks atop Billboard’s Hot Rock Songs chart. That’s to say nothing of tracks which have become underground hits at clubs and festivals around the world. And it all comes from following whatever sound or style caught his ear that day; his biggest singles and wildest experiments are linked by the unrestrained joy of always following his boldest impulses.

It’s a philosophy that’s gone outside of his musical work. As his production schedule has gotten busier and busier, he’s simultaneously branched out into other art forms. Recently, he’s been revising scripts on his long-awaited animated series Gerald’s World, currently in development with 20th Century/Wonderland. He’s also always hard at work on his kaleidoscopic Gerald clothing line with Barney Cools. He’s launched NFT projects with skater and digital artist Chad Knight, among others. And that’s just the stuff he’s up to right now. Over the last decade, Francis has built his career by adopting whatever wild idea strikes him on a given day, learning as he goes — making bold, brilliant art by refusing to stand still.

23-year-old MC, Minnesotan disruptor, and MILF connoisseur Yung Gravy quietly emerged as a gold-certified phenomenon by way of hilarious ad-libs and airtight rhymes. Within a year, his 2018 Snow Cougar EP yielded a pair of gold-selling bangers — “Mr. Clean” and “1 Thot 2 Thot Red Thot Blue Thot” — jumping from early SoundCloud success to the hottest playlists on Spotify such as New Music Friday and Pop Rising, to name a few. In its wake, he sold out three tours in North America, two tours in Europe, and his run of Australia and New Zealand. This hot streak continued as his world tour, Experience The Sensation, Part 2,” also sold out.

During 2019, his full-length debut Sensational [Republic Records], crashed the Top 5 of the Billboard Top R&B/Hip-Hop Albums Chart and put up 450 million-plus streams across bangers a la “Alley Oop” [feat. Lil Baby” and “Gravy Train,” which gave a 808 facelift to Maxine Nightingale’s “Right Back Where We Belong.”

Rewinding to the beginning, he hit his stride in 2016. Inspired by everyone from OutKast, Nate Dogg, Curren$y, and Action Bronson to Patrice Rushen and The Blackbyrds, Gravy took to SoundCloud to begin releasing music. The first song he uploaded, “Karen”, quickly garnished new fans and stirred a palpable buzz online. His first independent EP, Mr. Clean, went viral on the strength of “Continental Breakfast” on SoundCloud. Sandwiching a sample of The Chordettes’ “Mr. Sandman” between racy and raw rhymes, the title track “Mr. Clean” popped off and paved the way towards literal gold as well Thanksgiving’s Eve, Yung Gravity EP, and Baby Gravy EP. Soon, he reached #1 on Indify and had labels knocking at his door. Gravy kicked off 2018 with the sizzling single “1 Thot 2 Thot Red Thot Blue Thot.” Flipping the Dr. Seuss limerick upside down, the hook proves immediately infectious.

“I was at a house party in Georgia that got broken up by the cops,” he recalls. “We were accused of burglary, and I spent the night in jail. I got probation with community service. I was in the wrong place at the wrong time, so all of the felonies were expunged, but I still got charged with ‘Criminal Trespassing’ and ‘Underage Drinking.’ The day I got off probation, I was super hyped and inspired. This is my freedom song.”

A free man, he shows no signs of stopping or slowing down. He teamed up with frequent collaborator bbno$ for a 2020 collaborative project introduced by the track “shinin on my ex,” which OnesToWatch predicted as “a surefire Tik Tok hit” and Lyrical Lemonade pegged as “another absolute slapper” and “a true classic.” Their chemistry really exploded on the single “iunno.” Over off-kilter horns and a subtle beat, they lock into a vibrant verbal volley before the hashtaggable hook.

It supports his main goal though — as always. “At the end of the day, this is all meant to make people feel good,” he leaves off. “This is party music, and everyone’s invited.”