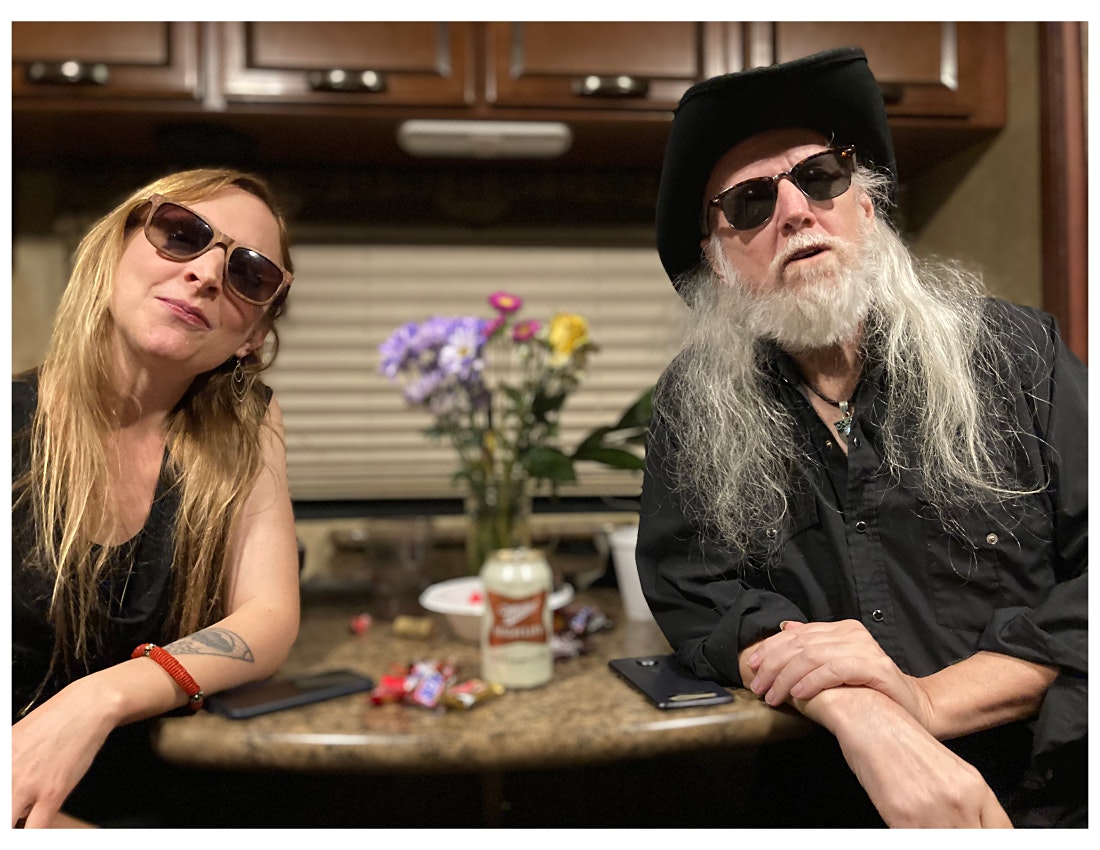 American Songwriter describes Eilen Jewell as “one of America’s most intriguing, creative and idiosyncratic voices”. The Boise, Idaho songwriter is truly one of a kind. Since 2006, Jewell has performed on festival stages from Byron Bay Bluesfest in Australia to California’s Hardly Strictly Bluegrass. Her music has earned accolades from NPR, BBC, Rolling Stone and MOJO as well as from heads of state (Former British Prime Minister David Cameron ) and Hollywood actors (Tom Hanks).

Accompanying her all over the world for the last 15 years has been Jerry “Cold-Blooded” Miller. Miller’s solos are legendary. But it’s the textures, soundscapes and magic that he weaves throughout Jewell’s songs that have been a signature sound to her music.

Jerry Glenn Miller has been playing and studying guitar since his childhood in Nashville, TN, later earning a degree in guitar performance at Berklee College of Music in Boston, MA. Miller has played blues, country, rockabilly, folk, jazz, and surf, touring and recording with artists such as Freddy Fender, Sonny Burgess and Billy Lee Riley. He also toured for 10 years with Bluestime, fronted by Magic Dick and Jay Geils, and has performed several times as part of B.B. King’s BluesFest.

Jewell and Miller share a passion for music of the past: classic country, raw blues and gospel as well as folk and singer-songwriters from the 1960s. They also share a love of space between the notes in the music they create. Miller has often said he has enjoyed playing Jewell’s songs more than anyone else’s material. Indeed, the colors and tones that he creates are a major part of this music.

While the band will continue to tour (dates are booked through summer, 2022), the idea of Jewell and Miller touring as a duo has been percolating for some years now. They are excited to present this intimate performance of their well-loved music to stages for the first time.