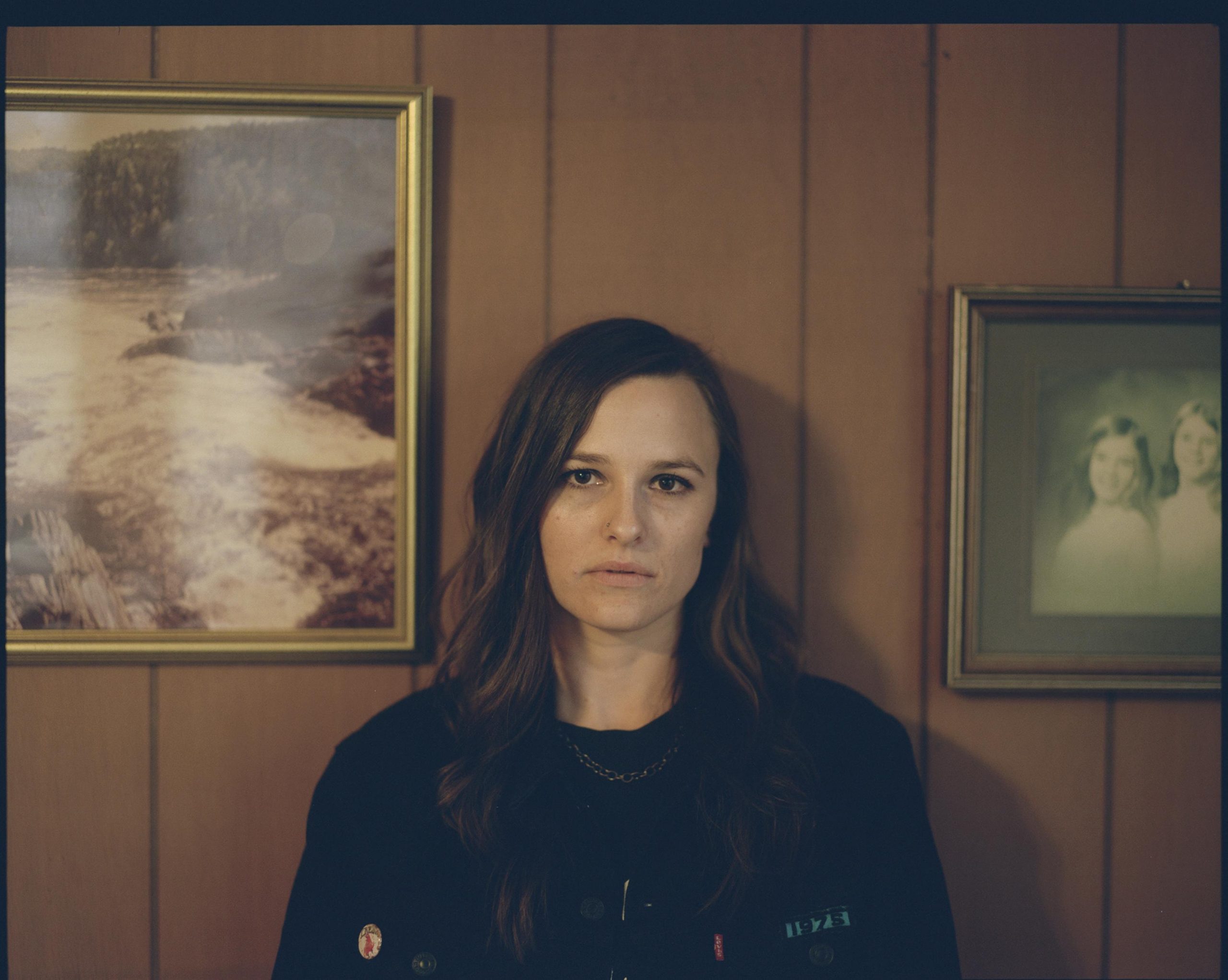 The second full-length from Emily Wolfe, Outlier is an album built on exquisite tension: an endless push-and-pull between desire and resistance, determination and self-sabotage, the instinctive need to belong and the urge to strike out on your own.

For help in channeling that complexity of feeling, the Austin-based singer/songwriter/guitarist explored and obliterated the boundaries of rock-and-roll and modern pop, mining equal inspiration from the likes of Judas Priest and Ariana Grande in her bold but masterful genre-bending. Produced by Michael Shuman of Queens of the Stone Age and Mini Mansions, the resulting body of work finds Wolfe upending the conventions of each genre, ultimately arriving at a guitar-drenched sound that’s wildly unpredictable and immediately magnetic.

The follow-up to her self-titled debut album, (a 2019 release produced by Ben Tanner of Alabama Shakes), Outlier came to life in Shuman’s garage in Los Angeles, where Wolfe was joined by her longtime bandmates Evan Nicholson (bass) and Clellan Hyatt (drums). After completing basic tracking for the songs, Wolfe and Shuman layered on new and unexpected textures with the help of programmed drums and beautifully warped synth tones. “Before this album, my approach was to know exactly what I was going to do when I went into the studio, but this time I wanted to leave room for a lot of creativity and weirdness,” says Wolfe. “In a way it felt like jumping into the unknown with a blindfold on, but I just trusted that the risk would pay off.”

With its delicate collision of so many eclectic sonic elements—shimmering beats, sultry grooves, riffs both visceral and elegant—Outlier marks a significant departure for Wolfe while retaining the unbridled intensity she’s shown in sharing stages with such acts as The Struts, The Pretenders, White Reaper, Joan Jett, and Catfish and the Bottlemen. On the album-opening “No Man,” Wolfe presents a powerful introduction to Outlier’s aesthetic, bringing jagged synth and blistering guitar work to the track’s message of fearless self-sufficiency (sample lyric: “Don’t need no man to tell me how to work my machine”). “That song was written after a few situations where I had people telling me I needed a man to help me out with certain aspects of my music,” says Wolfe. “It came from a place of frustration and rage, but really it’s about how I don’t need anyone but myself to do what I want to do.”

Not only a showcase for her formidable guitar chops, Outlier perfectly spotlights Wolfe’s commanding vocal presence and newly expanded range. On the album’s radiant lead single “Something Better,” for instance, her voice drifts from tender to tough and back again with incredible grace, exponentially amplifying the song’s mood of dreamy longing. “I wrote ‘Something Better’ at a point in my life where I felt stuck,” she says. “But now with the pandemic, it feels more like a universal song about wanting change and not knowing when things are going to be okay.” One of the most groove-heavy and glorious moments on Outlier, “LA/NY” unfolds as an emphatic refusal to conform, matching its soulful urgency with an undeniable sweetness (“I can’t be L.A./I can’t be New York/But I can be yours”). And on “Vermillion Park,” Wolfe shares a harmony-laced piece of storytelling threaded with vividly detailed teenage memories (loitering in a local park after dark, listening to Joan Jett in the back of a car). “That one starts out as a song about a relationship I had in high school, but by the end it’s about who I am now and my relationship with my wife—who’s really the inspiration behind most of my songs,” says Wolfe.

Closing out with the woozy romanticism of “Heavenly Hell,” Outlier continually shows Wolfe’s evolution as a songwriter—a journey that began back at age 15, when she’d often spend hours dissecting the songs of indie-rock band Rogue Wave. “I’d listen to their records front to back and read the lyrics over and over,” she recalls. “It opened a door to a world I didn’t know existed, and helped me to figure out who I am.” A self-taught guitarist who’d started playing at age five, Wolfe made her debut with the self-released 2014 EP Roulette, and soon took the stage at major festivals like Austin City Limits and BottleRock Napa. But while her musicianship has only gotten stronger through the years, she deliberately embraced a measured restraint in her performance on Outlier. “I reached a point where I thought to myself, ‘Okay, I can shred onstage, whatever. Lots of people can do that—but not everyone can craft a great song,’” she says. “I’m so used to seeking comfort in a guitar solo, but for this record I wanted to focus on creating songs that will stand the test of time. That’s what really matters the most to me now.”

For Wolfe, that shift in approach has essentially reshaped her identity as an artist. “Making this record aligned with my journey as a person, and helped me grow into someone who no longer sees things in black and white,” she says. “It taught me that I don’t have to try to fit into one box—I can take the energy of rock and blues, which is very on-the-fly and spontaneous and raw, and blend that with the polish of pop music, where everything is much more intentional. I feel like I’m a totally different musician now than I was five years ago, like I’ve grown into myself. I’m finally able to show people who I am and not be afraid of it.”