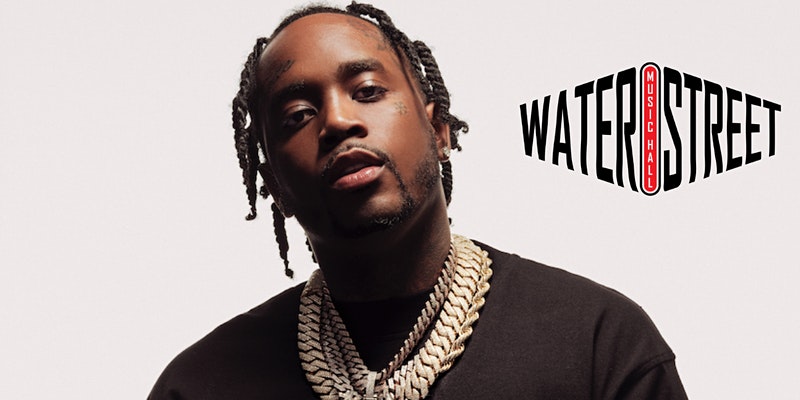 A quintessential part of living in New York City’s largest borough, Brooklyn, especially for those with sharp ears, is witnessing the speed at which an infectious song can travel. From brownstone stoops to car stereos, Brooklyn blocks are the ultimate lab for testing the mad science of a hit record. Every summer, a slew of tracks face off to claim the season’s title, and one of Brooklyn drill’s hottest contenders, rapper Fivio Foreign’s “Big Drip”, took the city by storm. Released in the summer of 2019, the song boasts millions of streams across platforms and its accompanying video surpassing 75 million views on YouTube.

Fivio is New York born and bred, raised in and around Brooklyn’s Fort Greene and East Flatbush neighborhoods. He’s been rapping all his life—”We used to rap in the room with a computer, me, my cousin Nate, we was always lit.” Charming and confident, the telltale signs of a New York hustler – it wasn’t until 2018, following the death of his mother and after years of recording and putting songs out casually, that Fivio began to take his craft seriously. Now a major player in Brooklyn’s burgeoning drill music scene, Fivio has collaborated most with UK producer AXL Beats, who also lent his talents to “Wetty”, “Jumpin’” and Rich The Kid-assisted “Richer Than Ever”. “I feel like my music is like me,” Fivio says about his growing catalog of party-ready heat. “It’s fun, turnt up, and loud, but serious at the same time.

ivio was coined his name due to an innocent miscommunication: “My son Dot named me. He was like ‘You remind me of Fabio’, but I thought he said Fivio because I don’t know Fabio,” he admits. “I actually like the number 6 better,” he says, adding that his name has nothing to do with numerology. The story of Fivio’s name is emblematic of his easy going nature and his will to have fun as often as possible. In the video for “Big Drip”, a raucous crew takes over ice cream trucks and cocks nerf water guns while women twerk along to the summer anthem. But as lighthearted as he is in person and in his music, Fivio’s life hasn’t been a walk in the park. To the contrary, it’s the joy he finds in making music that keeps him going.

Still, he considers the moments leading up to the launch of his career as divinely calculated. “I got signed on my mother’s birthday, and I got the keys to my first house on the day that she died,” he says with conviction. On where’s he’s headed, Fivio is wide-eyed with big dreams: “I’m ushering in a new wave. I know for a fact that I’m here to do something bigger than me. I want everyone to start knowing my face like how they know my music.” It doesn’t get more New York than that.