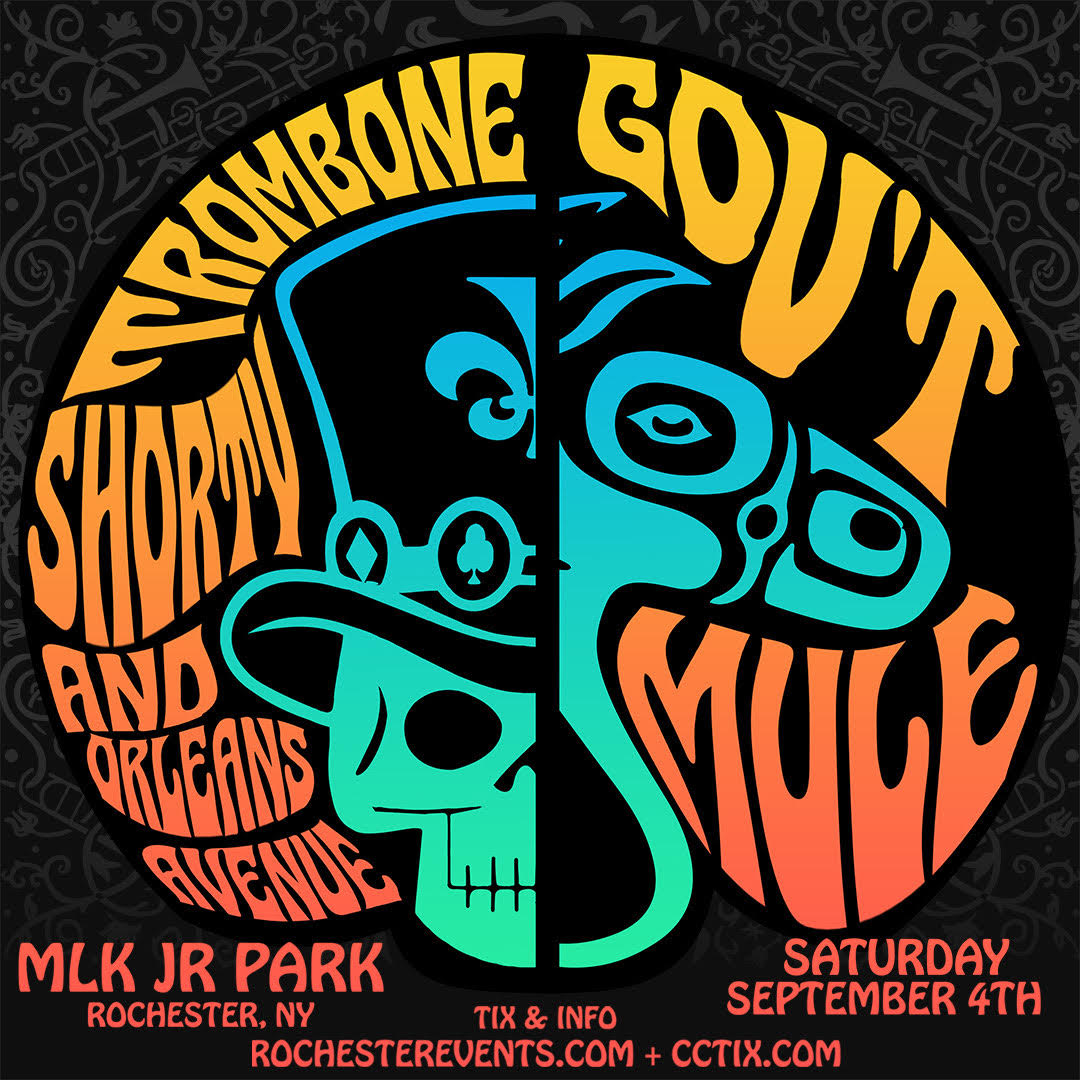 Trombone Shorty (born Troy Andrews) is an American musician, producer, actor and philanthropist from New Orleans, Louisiana. He is best known as a trombone and trumpet player but also plays drums, organ, and tuba. He has worked with some of the biggest names in rock, pop, jazz, funk, and hip hop. Andrews began playing trombone at age four, and since 2009 has toured with his own band, Trombone Shorty & Orleans Avenue.

Gov’t Mule is an American Southern rock jam band, formed in 1994 as a side project of The Allman Brothers Band by guitarist Warren Haynes and bassist Allen Woody. The band released their debut album, Gov’t Mule, in 1995, and have since released an additional nine studio albums, plus numerous EPs and live releases. Gov’t Mule has become a staple act at music festivals across North America, with both its members and frequent guests boasting members from other notable bands, adding various funk and blues rock elements to the band’s sound.

Patrons may bring blankets and one sealed bottle of water into the park. Lawn chairs, bicycles, skateboards, in-line skates and pets will not be allowed in.