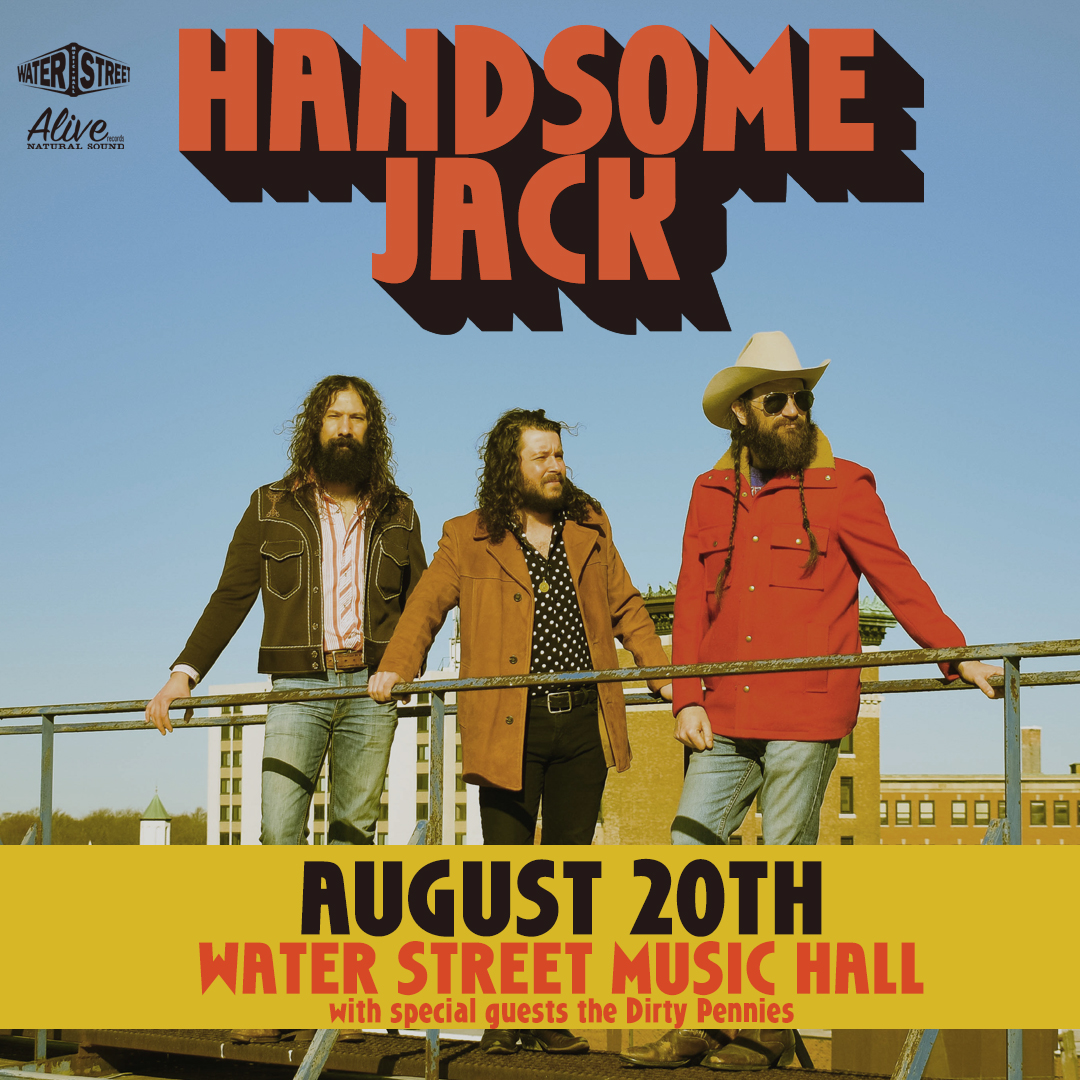 Produced by Zachary Gabbard of the BUFFALO KILLERS and featuring Bob Nave (of the legendary Lemon Pipers) on hammond organ, among others, the music of this album seamlessly flows through deep dark mid-tempo boogies, smoky upbeat burners, and soulful feel-good rockers all with a natural ease.

HANDSOME JACK hails from Buffalo NY and began as a blues garage rock band. After high school they moved out of the garage and developed their sound into a natural soulful boogie that remains rooted in raw blues. They’ve shared the stage with The Sheepdogs, Blue Cheer, Gov’t Mule, J. Geils, The Hold Steady, and Robert Randolph to name a few.

About The Dirty Pennies:

The Dirty Pennies have carved themselves into the totem pole of rock and roll in Rochester. If the Bug Jar made a noise it would sound exactly like the grunge filled overdriven blues fuzz of The Dirty Pennies guitar. It’s punchy and laid back, it’s blues and metal, it’s a strange combination of things that makes them uniquely fit into a plenty of sub genres. I’m Your Man follows that same path, a gritty, lager filled, one corner of your mouth grin that remains in your face while showing you what’s behind it. (Anthony White – FLOATED MAGAZINE)