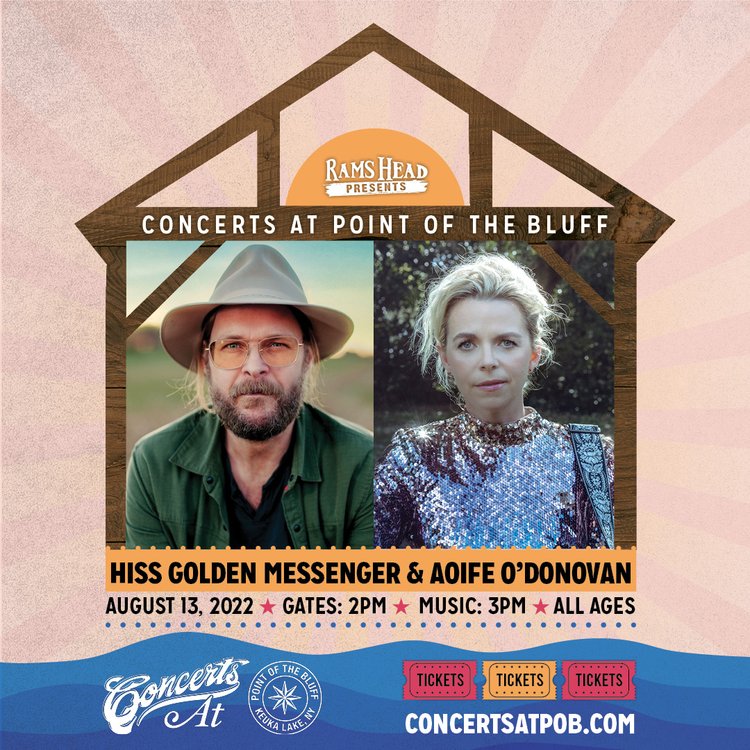 Describing the Durham-based Hiss Golden Messengeris like trying to grasp a forgotten word: It’s always on the tip of your tongue, but hard to speak. Songwriter and bandleader M.C. Taylor’s music is at once familiar, yet impossible to categorize: Elements from the American songbook—the steady, churning acoustic guitar and mandolin, the gospel emotion, the eerie steel guitar tracings, the bobbing and weaving organ and electric piano—provide the bedrock for Taylor’s existential ruminations about parenthood, joy, hope, and loneliness—our delicate, tightrope balance of dark and light—that offer fully engaged contemporary commentary on the present. And then there’s an indescribable spirit and movement: Hiss Golden Messenger’s music grooves. There’s nothing else quite like it.

Aoife O’Donovan operates in a thrilling musical world beyond genre. Deemed “a vocalist of unerring instinct” by the New York Times, she has released two critically-acclaimed and boundary-blurring solo albums including her most recent record, 2022’s boldly orchestrated and literarily crafted Age Of Apathy. Recorded and written over the course of winter and spring 2021 with acclaimed producer Joe Henry (Bonnie Raitt, Rhiannon Giddens), Age Of Apathy is “stunning” (Rolling Stone) and “taps into the propulsion of prime Joni Mitchell” (Pitchfork).