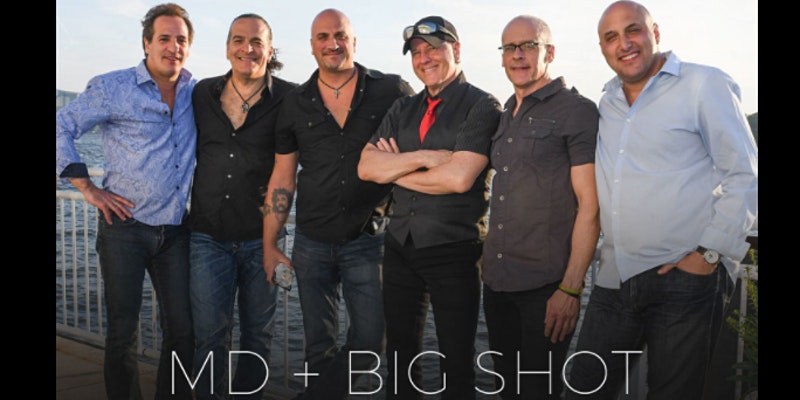 Mike DelGuidice, one of Long Island’s most celebrated performers. After 18 years of playing Billy Joel’s music in his band Big Shot, Mike DelGuidice now lives a dream come true. In October of 2013, Billy Joel heard Mike sing, and personally hired Mike to join his band. Mike’s encyclopedic knowledge of the Billy Joel catalog made him a perfect fit as background vocalist and guitarist for BILLY JOEL. And now you can see Mike on tour with Billy Joel all over the US & world in major arenas and stadiums including every month at the iconic Madison Square Garden.

Mike is a brilliant vocalist and composer and a master of several instruments including bass guitar, guitar, piano and drums.

He is the author of two albums “My Street” and “Miller Place” and several of his new songs are currently under favored consideration for film soundtracks, including Mike’s song, “Ordinary Guy” which is the theme song for the Keven James sitcom, “Kevin Can Wait”.

Mike now juggles his busy schedule with his band Big Shot along with weekly shows around the USA and abroad with Billy Joel.

Originally the horn section for the Long Island funk band Funky in the Middle, The Big Shot Horns have been the go-to horn section that has collaborated with original artists and the best tribute bands on the tri-state area music scene. They have toured nationally, and have shared the stage and the studio with Gloria Gaynor, David Bickler of Survivor, Spyro Gyra, Will Lee, Denny Lane, Gary U.S. Bonds, American Idol finalist Constantine Maroulis, Nine Days and former Tower of Power and Blood, Sweat & Tears vocalist Tom Bowes. With original writing, unique arranging, and tight section playing, The Big Shot Horns truly are the complete package of horn section power and energy.

With Adam Seely on alto and baritone saxophones, Rob Cutts on tenor saxophone, Jason Chapman on trumpet, and the one and only Ed Leone on trombone, The Big Shot Horns bring that BIG horn sound to such Billy Joel classics as “Tell Her About It,” “Keeping the Faith,” “Only the Good Die Young” and “Movin’ Out”; Elton John favorites like “Tiny Dancer” and “Don’t Let The Sun Go Down On Me”; and can dig into faithful renditions of Billy Joel B-sides such as “Easy Money” and “Half a Mile Away.” When Mike and the boys decide to go into iconic rock classics like “25 or 6 to 4,” “Live and Let Die” or “Sledgehammer”, The Big Shot Horns are there and ready to make the show like no other!