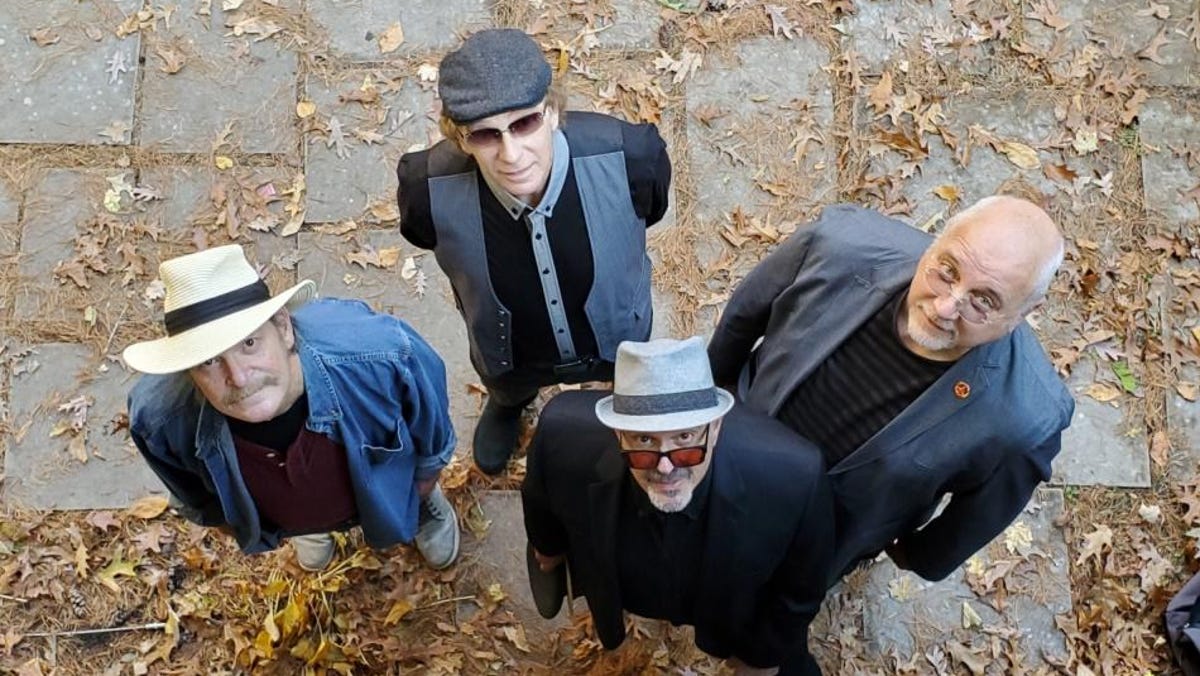 Growing up in the 1960s, the four members of Mr. Mustard — Tom Price, Michael Cosco, George Botticelli, and Mick George — were surrounded by the British invasion, Motown, the California surf sound, and all that followed. However, once the Beatles appeared on the Ed Sullivan show in 1964, their musical destiny was foretold.

All the members have been friends for more than 50 years and have played in many Rochester-based bands both together and separately. Mr. Mustard has been performing for over a decade throughout New York State and has enjoyed a multi-generational audience. Their repertoire covers the Beatles’ catalogue from 1963 – 1969, with some of their solo music included, as well.

Why program a Beatles cover band on a Fine Arts Series? Drummer Mick George puts it concisely: “It’s the classical music of the future, like Bach and Beethoven.” So, whether you dropped Apple-labeled platters on your record player back in the day, or stream music on your Apple device now, this is the music that has defined generations and needs to be heard.

Mr. Mustard also wants their audiences to know that they don’t wear costumes or wigs or pretend that they actually look like any of the Beatles. Between them, they say, they “have enough hair to make one Beatle.” With this band, it’s all about the music.

Please feel free to sing along and, most importantly, enjoy the memories that the music will bring back. Or create new ones.