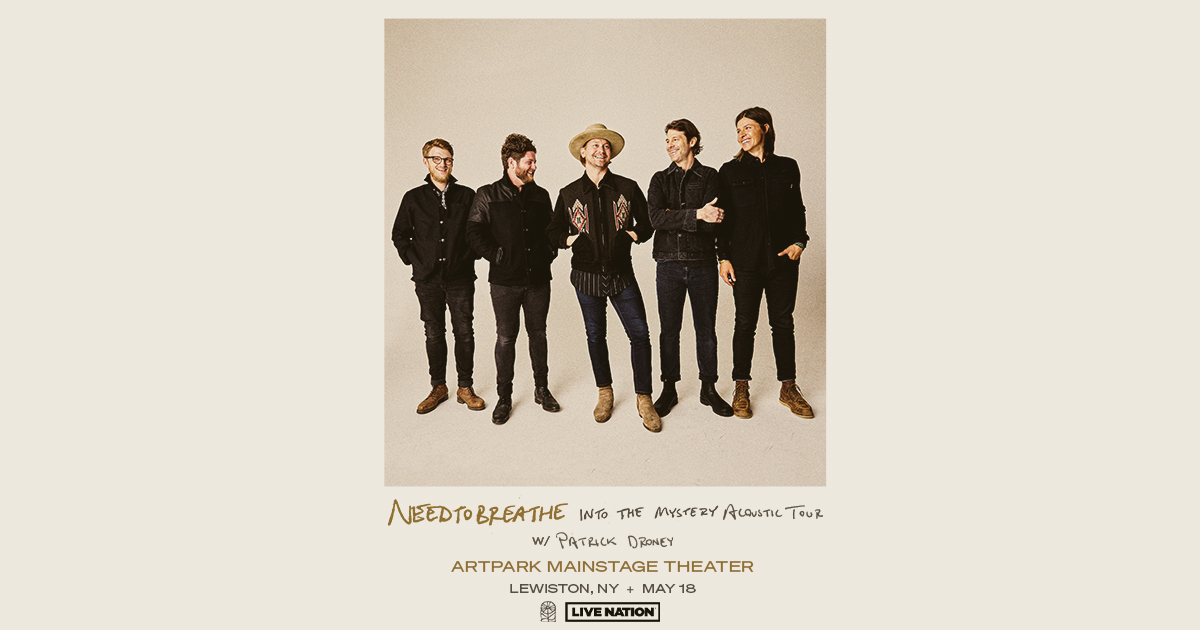 Since 1998, NEEDTOBREATHE have quietly emerged as a dynamic force in rock music, topping the charts, selling out historic venues, and generating hundreds of millions of streams to date. The band have gathered one platinum single, four gold singles, and a gold album. Along the way, “Multiplied” notched their first GRAMMY nomination. Simultaneously, they performed to sold out crowds at arenas and amphitheaters coast to coast. In addition to garnering two nods at the Billboard Music Awards, they’ve attracted acclaim from People, Rolling Stone, Forbes, and many more. In 2020, they sowed the seeds for rebirth with Out of Body. It bowed in the Top 5 of three Billboard charts and reeled in acclaim. Their 2nd live album, Live From the Woods Vol. 2, recorded at The Caverns in Pelham, TN at a socially distanced event, was released in 2021.