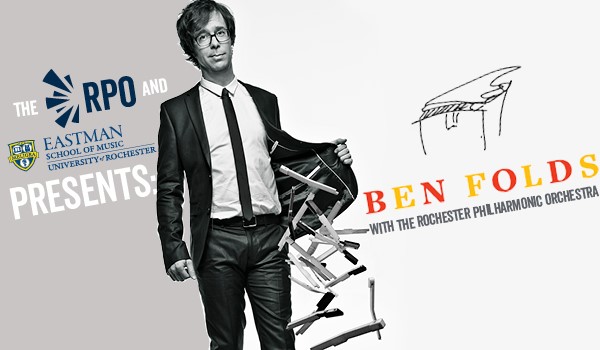 Widely regarded as one of the major music influencers of our generation, rock sensation Ben Folds joins the RPO for an evening of genre-bending music, performing hits songs like “The Luckiest,” “Capable of Anything,” and “Landed.” The multi-platinum selling artist, who was a judge for five seasons on NBC’s critically acclaimed a capella show The Sing Off, has recorded numerous solo and collaboration records, including music for film and TV and a classical piano concerto that topped the Billboard charts.