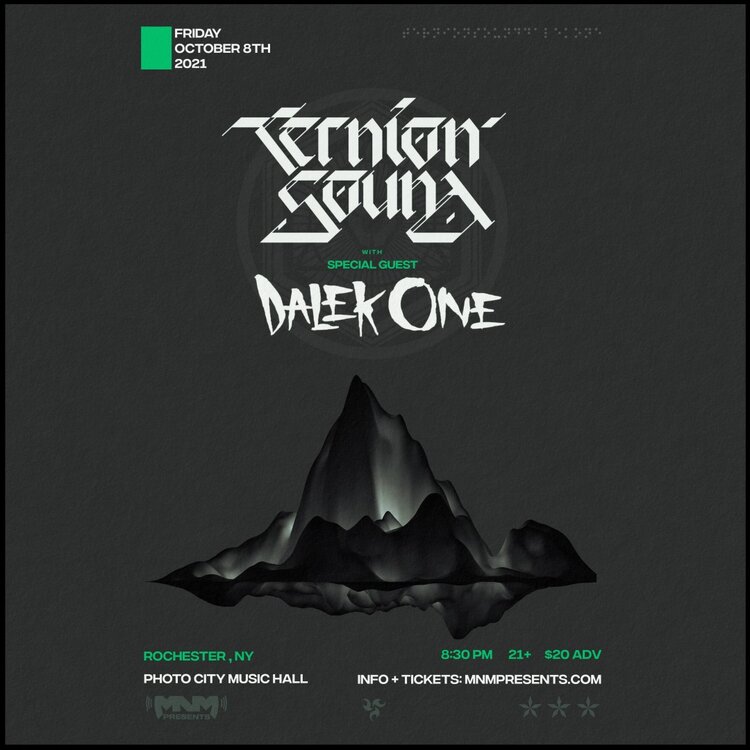 The three-headed beast known as Ternion Sound was spawned at Infrasound Music Festival in 2016, when bass music DJ/producers Apparition, Johnny Foreplay, and Nostalgia joined forces for an impromptu B2B set on the Beach stage. The artists’ chemistry was infectious, and immediately obvious. When the three reconvened at Origin-414 Studios in Minneapolis, MN, it was clear that their bond is less ephemeral than the festival magic that forged it. The trio metamorphosed: a new monster was born.

Five years after their convergence, Ternion Sound has captivated the international dubstep community. As producers, each artist brings their individual strengths to the studio, where they tend to adopt complementary, but fluid roles. But Ternion Sound’s true powers are revealed on the decks. As DJ’s, the three are in their element performing together. Every set from Ternion Sound is a surprise experience, even for the artists themselves. On the decks, they always improvise – and they aren’t afraid to stray from the realm.

As DJs and producers, Ternion Sound’s excitement for esoteric sounds and boundary-bending styles plays out as a subtle, but potent contagion – but don’t expect this beast to back away from dubstep’s tradition. As the global dubstep scene evolves, the stateside spawn is already recognizable as its triple-faced leader, but beware: this fledgling beast has yet to reach its final form.