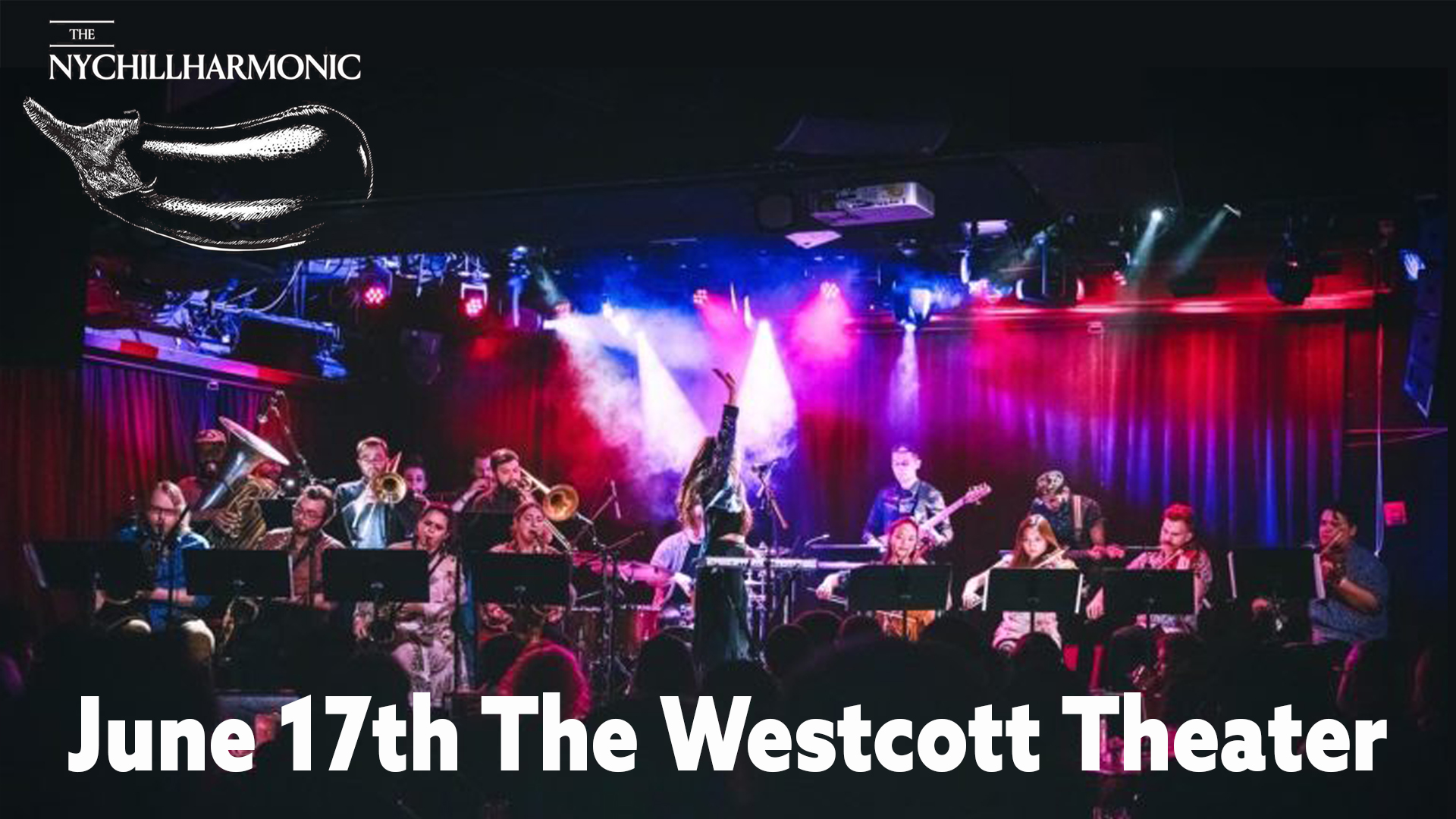 The NYChillharmonic is a female fronted, Brooklyn-based, 18 piece, progressive-rock orchestra. The music fuses multiple genres including rock, pop, and jazz, which ultimately creates an ensemble sound that acknowledges the tradition of jazz as much as it sonically embraces experimental textures, arrangements, and harmonies.

They have had notable performances at ASCAP’s ‘Songwriters: The Next Generation’ Showcase at The John F. Kennedy Performing Arts Center in Washington D.C., Jazzclub Unterfahrt in Munich, Germany, The David Rubenstein Atrium at Lincoln Center, Joe’s Pub, The Sheen Center, National Sawdust, (le) Poisson Rouge, and The Iridium in NYC. The music of The NYChillharmonic has been performed across 5 continents, in 10 different countries with over 400 musicians.

The band frequently tours internationally as a rhythm section and contracts local horn and string players from the cities in which they are performing in order to fill out the ensemble chairs. The rhythm section is composed of Adam Neely, Shubh Saran, Josh Bailey, and Eitan Kenner.