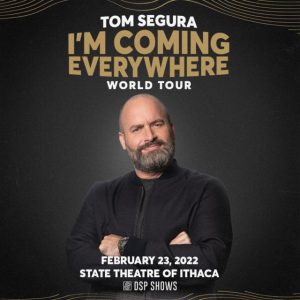 Actor/Comedian/Writer Tom Segura is one of the biggest names in the comedy business.  He recently performed to sold-out audiences on his 100+ city TAKE IT DOWN TOUR. He is best known for his Netflix specials, Ball Hog (2020), Disgraceful (2018), Mostly Stories (2016), and Completely Normal (2014). Paste Magazine described him as, “...having a natural 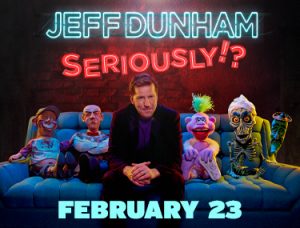 For the past Fourteen years, Jeff Dunham and his somewhat-inappropriate-proteges, Peanut, Walter, José Jalapeño, Bubba J. and Achmed the Dead Terrorist and have filled arenas across the U.S. and the world with their multiple, blockbuster tours. Like every other touring act around in the world, after being forced to put his live shows on hold due to COVID-19, Jeff 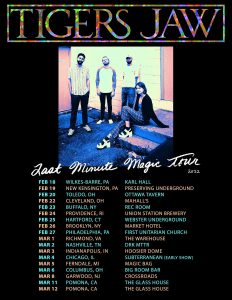 Alton Brown Live: Beyond the Eats

Alton Brown is hitting the road with a new culinary variety show. Audiences can expect more comedy, more music, more highly unusual cooking demos, and more potentially dangerous sciencey stuff. Prepare for an evening unlike any other and if Brown calls for volunteers… think twice. 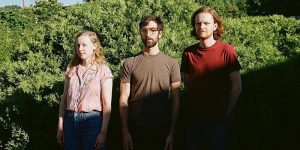